Mudfred "Mugman" Mortimer Esquire the III[1] is the main protagonist of Mugman. He is voiced by series creator, Jacob Lenard.

From 2013 to 2017, Mugman has a yellow, oval shaped head topped off with a red mug. He has rounded eyes and a mouth predominately located to the side of his face. Like his name suggests, his body resembles that of a coffee mug. His torso is a green mug with a blue handle. He has two legs, and for some inexplicable reason, was born with only one arm, hence his desire for a second one. From 2017 to 2018, he retains the same oval yellow face, but his torso is red, he has two arms and the mug on his head is green.

In 2018, Mugman looks like a mix of his original and previous design. His torso is now green again, the mug on his head is red that when removed reveals his brain and he only has one arm.

Mugman's character dates back to May 27, 2013, when he first appeared in a video from one of Jacob Lenard's earlier ventures, The Dups. The video, titled, "The Mugger", featured a crudely drawn Mugman attempting to rob a coffee shop and failing in the process. About a year and a half would pass before the character was resurrected by Lenard in the form of a web series, subsequently titled, Mugman. This new incarnation had Mugman take the role of a more innocent and naive character residing the fictitious town of Wedgwood, a highly surreal and bizarre community inhabited by anthropomorphic kitchenware, produce, abstract creatures, and humans.

The series revolved around Mugman going on various misadventures with his sister, Teanna (Prior to her character being scrpped), his best friend, Pementa, and an ensemble of other wacky characters. The series launched on YouTube on October 29, 2014 with the episode, "Mugman's Wish," and would continue on well into mid-2016 until the creator fell into a deep creative slump. He had grown generally negative towards his earlier work on Mugman and had been spending much of his time retooling the show and it's cast.

The last original Mugman short was published in February 2017, with no future shorts or episodes in planned. On social media, Lenard announced his departure from the episodic-based format of cartoons while further announcing his intent on producing standalone cartoons with no continuity whatsoever. Surprisingly, Lenard has since repurposed many of his former characters for new projects, primarily, Mugman and Pementa. They both received major redesigns and personality overhauls; Mugman now has two arms, a more conservative color scheme, and Pementa lost her pepper shaker body and the pepper grinder on her head, now wearing a sleep cap on her head and having a human body. Personality-wise, Mugman is now the one with the crush on Pementa, rather than the other way around, and Pementa is now somewhat sleepy, but is still eccentric and regained some of her more hyperactive traits from when Emarie Pandabeer voiced her, such as her tendancy to ramble.

The two finally debuted in an all new short, "Mugman's Hot Date," which was released on June 5, 2017. This marks the first time since "The Quarter Test," from August 2016, that both characters were featured together in the same video. However, against all rumors and speculation regarding a revival of the web series, Lenard stated that the short was independent and didn't bare any relation to the series, confirming the show's cancellation and debunking any rumors in the process. 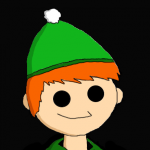 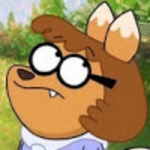 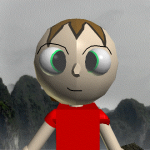